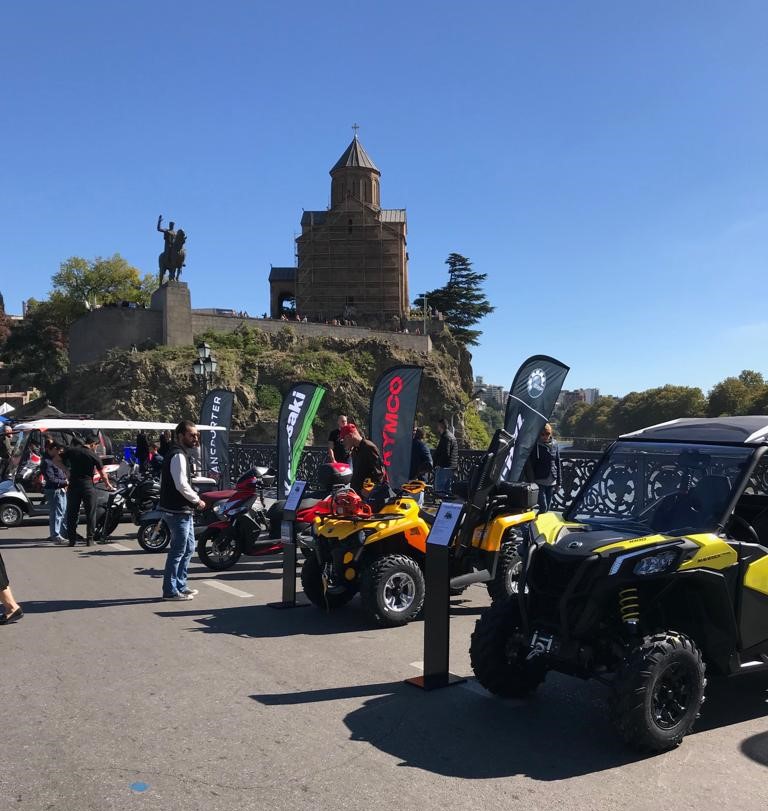 Tbilisi, the capital of Georgia, hosted a public event „Tbilisoba 2018“.

„Tbilisoba“is an annual October festival which celebrates the diversity and history of Tbilisi, the capital of Georgia. It was first held on October 28, 1979, and has since become an established tradition. The festival features open-air concerts of traditional music and dancing, exhibition and various cultural events, centered on Old Tbilisi, the historical part of the city.

Irakli Kobakhidze Chairman of the Parliament, Kakha Kaladze Mayor of Tbilisi and other members of government attended the event.

All attendants were able to take pictures with exposed vehicles and get more information from company’s representatives.